Add extra features and styles to make Thunderbird your own.

Check out our Mobile Add-ons site. 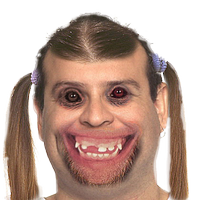 Automatically select and display latest message from the list on startup or when switching folder for the first time.

Fit large images to window when viewing a message.
Control how you want to fit images: by width, height or both.

This is a must have addon. It's too bad Mozilla is heading towards killing off this and countless more addons by removing XUL support, and morphing into Chrome clone.

Unpublished v3 beta is much more useful then current v2, but unfortunately it suffers from bug that affects how manager window looks and function on Windows 10.
The support is non-existing for these who don't have an account on DTA bug tracker, new accounts don't get activation email, any emails I've sent went into a void with no return.

For these who is using DTA v3.0b6+ on Windows 10, install this in addon in parallel with DTA:
https://addons.mozilla.org/firefox/addon/downthemall3-no-aero/

This addon is much improved version of it's outdated predecessor CookiesCuller, with many improvements as in the interface, as in features. And on top of that it's restartless.

@author: please provide some means to contact you. I'd like add support for your addon into my CookiesManager+, but so far your addon doesn't support any kind of integration. If you could add a listener or global object that would allow other addons communicate with yours it would be great.

Very useful addon for people using multiple languages.Unfortunately neither developing, nor support seems to be active.I've sent email over 2 weeks ago with a patch for Firefox that fixes current issues with type64 and some other fixes, haven't received a reply nor it has been fixed.

I'm giving 1 star just to get attention, will update to 5 stars (what this addon actually deserves) after receiving any acknowledge from developers.

A few requests if I may:
1) ability resize inline images (these that were drag and dropped directly in the text)
2) ability see image dimensions/sizes (in a tooltip would be enough)
3) "advance" mode, where we could fine-tune the resizing process by selecting compression level from 0 to 100 and perhaps adding some sharpening filter with a preview.

Works perfectly! Having 40-50 tabs restored on startup and having 5-10 master password windows poping up over previous popup with half-entered password is major annoyance. This addon do what had to be done in the first place by Firefox team.
If I'm not mistaken in FF4 the bug is fixed already and this addon is not needed.

This review is for a previous version of the add-on (1.2).

There is a non-documented feature: this addon deletes downloaded files that are 1 day old or older when firefox starts.

The only thing this addon is missing is configuration where user can select the default folder where the files should be downloaded to. Right now it's hard coded to download into %TEMP%\mozOpenDownload\ folder
It also would be nice have an option to select how long the files should be kept before being deleted.

Still the addon deserves 5 stars without these features :)

This addon looks fishy. First all, if you visit author's homepage you'll notice that they are making cheats/hacks of some sort - that already slices any kind of trust to that person in half. Then when you look inside the addon, you'll see that it made so it's hard to understand - everything is in one line (hiding something?) - that kills the rest of the remaining trust...

Would not recommend installing this as it doesn't look like a legit addon.

This extension is quiet useful, however I'd prefer have an per-site or at least per-tab option to enable/disable automatic re-try...
4 stars because of missing that feature.

P.S. works fine with FF3.6 if override the version check with Mr Tech extension (or manually)

To create your own collections, you must have a Mozilla Add-ons account.